IT EN
MELTING POINT
Fountain Carmine square
Carmine square is one of the four large squares facing the churches of the four preaching orders who settled in Florence in the 13th century. These have undergone important transformations over the centuries but the Carmine square has remained almost intact. The new project transforms the square radically. The grove creates a fifth on the urban front giving shade to a space previously monopolized by cars. Each tree has been adopted by a class of the Machiavelli middle school.
The theme of adoption has been integrated with another one that is also sensitive to the age in which we live: that of integration and multi-ethnicity. Cities and squares are increasingly places for dialogue between different cultures that meet each other enriching each other. The project aims to symbolize this sharing of space between the various ethnic groups through the use of vertical elements of different heights and colors, evoking an integrity and conviviality.
To do this the forest is ideally extended through a grid generated by the arrangement of the trees. Based on this grid, vertical elements are installed, one of which, indicated by the paving, will be the fontanello. The shadow of the trees and the coolness of the fontanello thus go to conform a contemporary space in the new Piazza del Carmine, which speaks respect for nature and human beings.
scheme 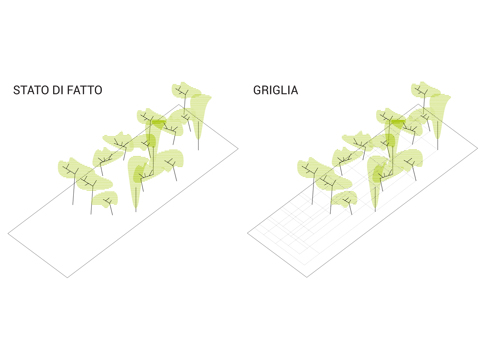 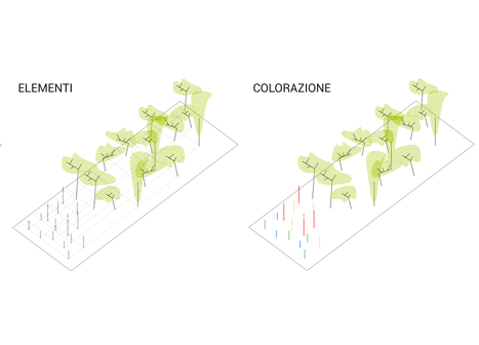 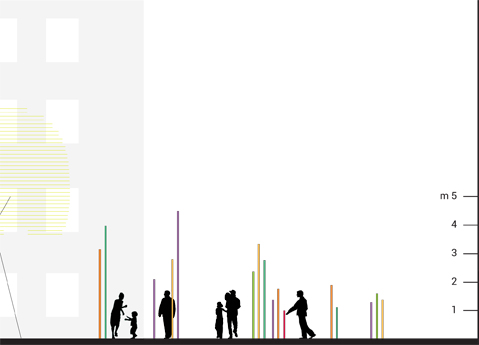 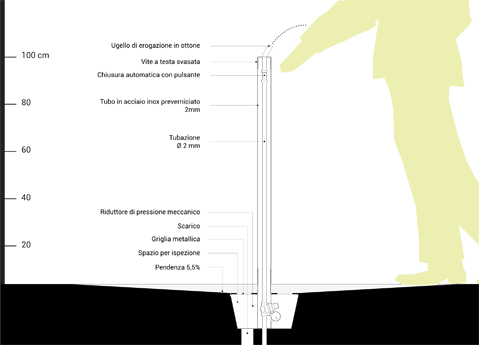 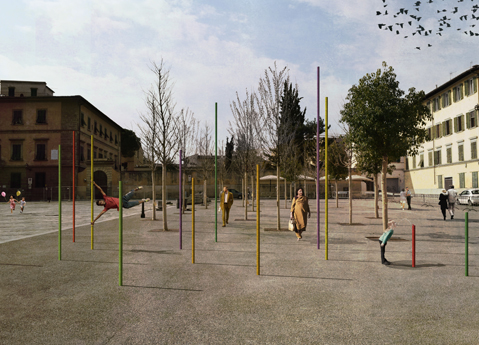