IT EN
LEITMOTIV
Bellaria landscape and landmark tower of Salerno
Analyzing the urban fabric of the old town of Salerno has emerged that the existing pedestrian routes that are external to the historic town on the seafront (Lungomare Trieste) and the one that runs along the river Irno.
Our aim is to link the city center with the Hill Bellaria, considering it necessary to make accessible pedonalmente the hill from the town.
The idea is to enhance the stretch of waterfront Clemente Tafuri until strong &quot;The Carnal&quot;. The fort, built in 1563, was historically an integral part of the hill Bellaria closing dell'Irno south valley, where now stands the town center of Salerno. The recent construction of highway 18 and the railroad led to the division in two of the hill.
The project therefore provides a mending between the two elements by means of a pedestrian link to share between the Marina and the hill Bellaria through a walkway that starts from the strong.
An elevator will serve to bring people from the strong share +56 mt, up to an altitude +114 m where will the walkway. From that height part a fascinating journey in mountains or through the entire rail network and the part of the building of the '70s, reaches the bottom of the hill lookout Bellaria, from which begin the two paths in the park.
Compositionally the antenna takes shape from the square through the overlap of 50 rings in increasing section that generate a total rotation of 360 °, turning of 7 ° relative to one another, up to generate at the top of the form of the wind rotor: are as the terraces at different heights.
The structural element port antennas will be made with a central core toroidal section reinforced concrete of the outer diameter of 3.5 m and a thickness of 1 m.
In the upper part of the structure of the antenna will be installed a wind rotor with a vertical axis adapted to convert wind energy into electrical energy.
strategy 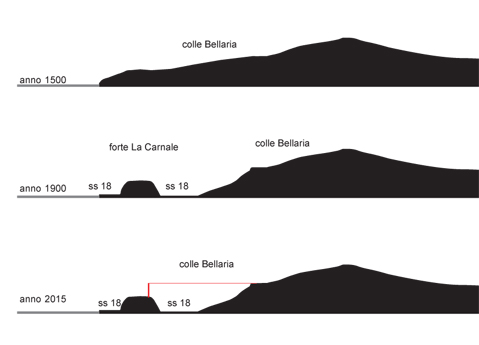 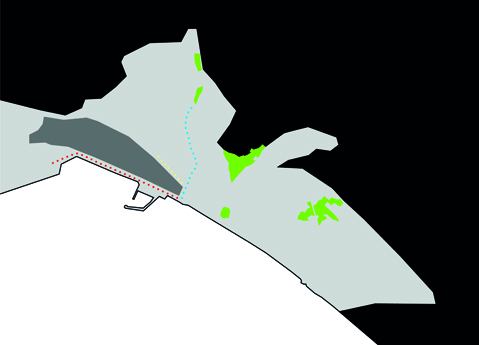 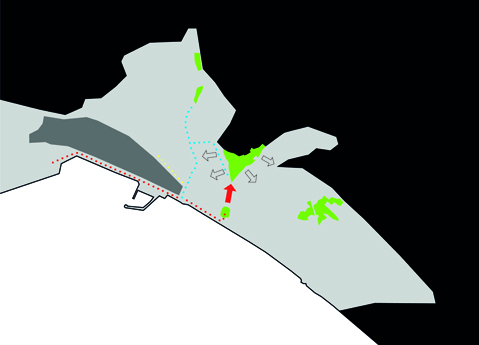 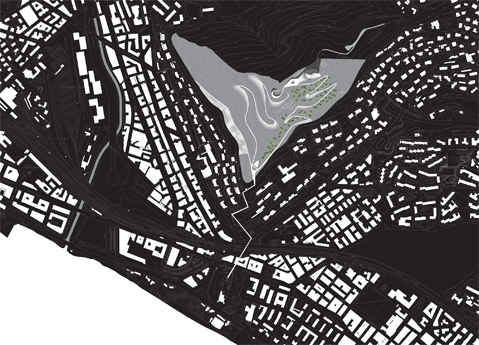 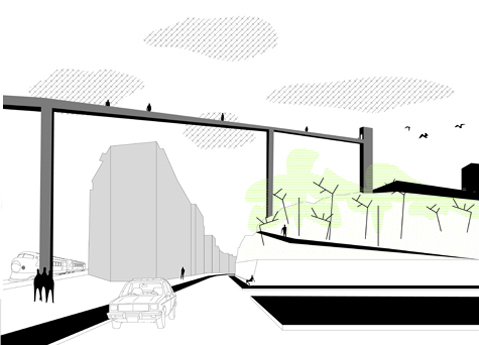 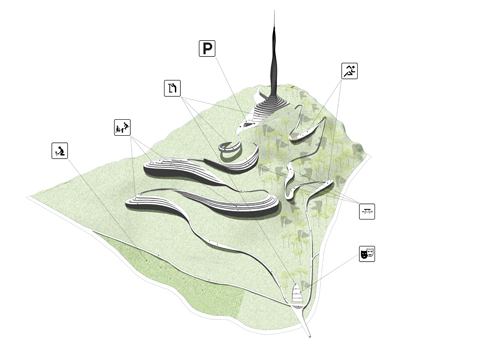 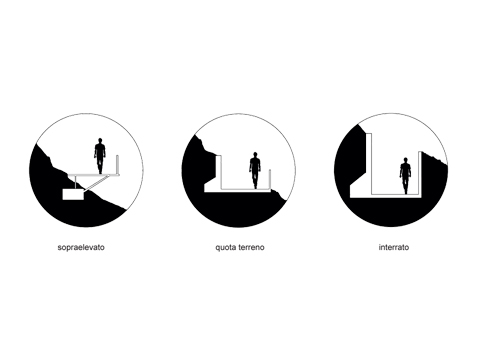 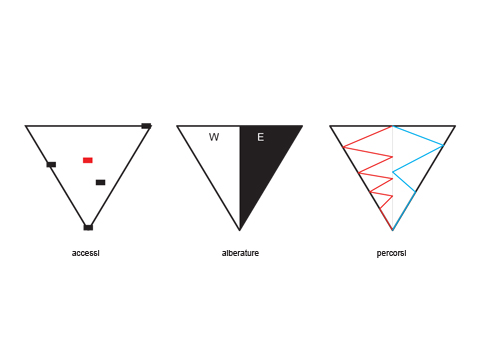 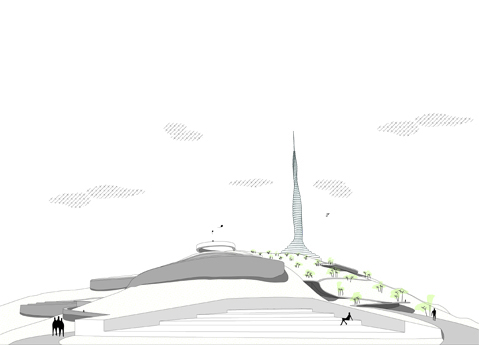 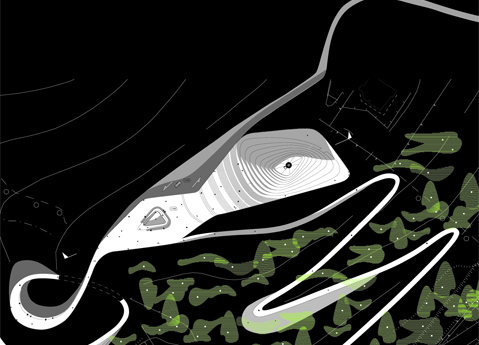 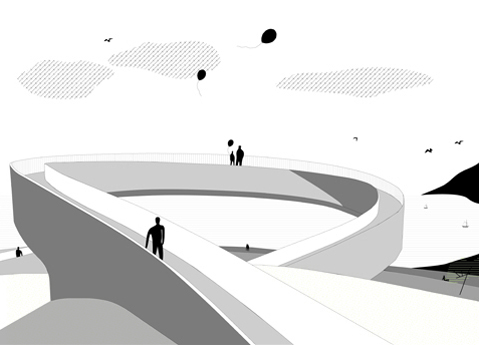 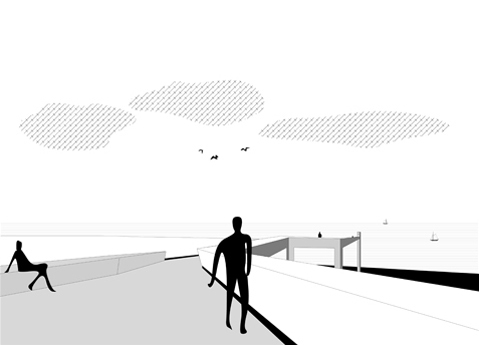 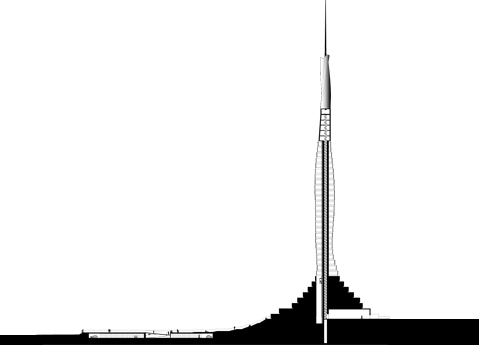 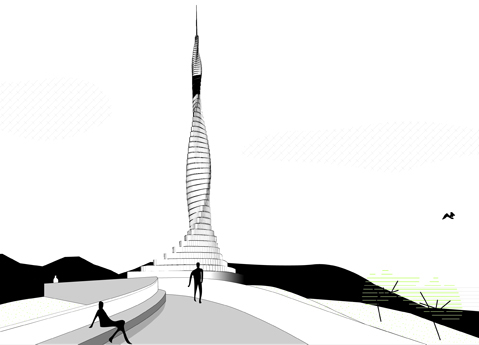 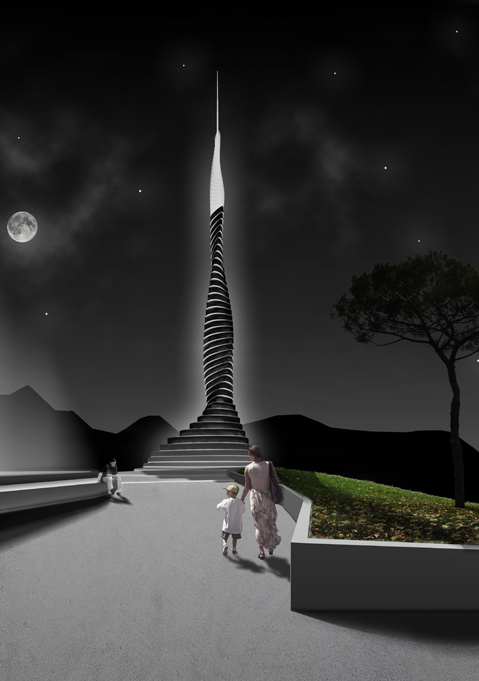