IT EN
SCALA FUORI SCALA
Viewpoint on Po river
The project stems from a surreal vision of a ladder that leads to heaven. An object ''scale out of scale'' which further emphasizes its surrealism with the task to take you and lead you to a viewpoint.
The intervention strategy has been focused in making the viewpoint accessible and usable not only by ANAS new bridge, but also from the embankment of the side Piacenza. In this way you go to retrain and to give life to that part of golena upstream and downstream of the bridge that houses a club - canoes and a shelter boats. A series of strips of wood flooring that connects the path of Pontiere with the view-point ''scale'' puts you in connection with a possible walking path along the Po river.
The new design appears as a large-scale with ramps and steps in human scale that allow you to reach the view-point and the restoration area.
The project was placed in the upstream side of the bridge in order to favor the view north-west from the restaurant, but also from many points at different heights from the steps stair. The entrance to the view-point from the bridge is from the road in the middle portion of the sidewalk planned by ANAS. In order to give the possibility to cyclists to be able to get in the area was allocated a pitch for the parking of bicycles and a traffic island to make possible the crossing of pedestrians from the sidewalk. A careful design of the traffic island allow the slowing down of the cars when cross the walkway.
For a suitable landscape insertion has been used as a material strips of wood that cover the steel structure entirely thought out. The use of wood leads to harmonize the design with the landscape of the Po.
concept 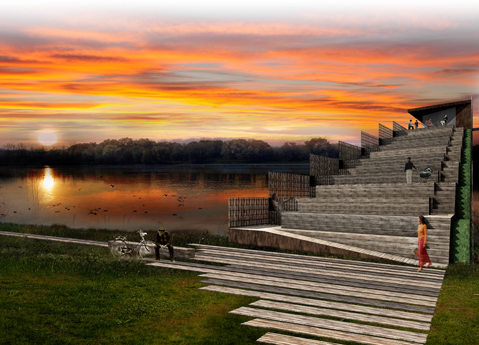 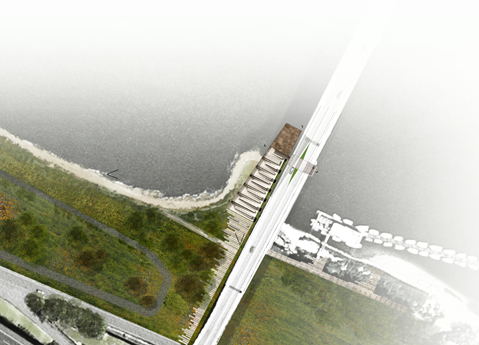 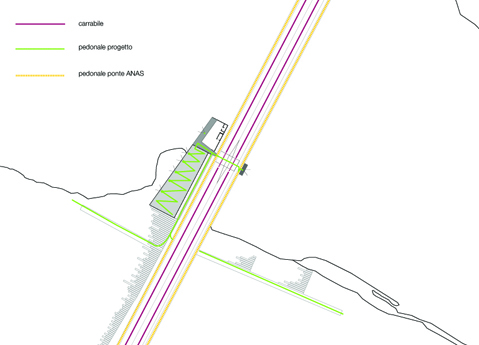 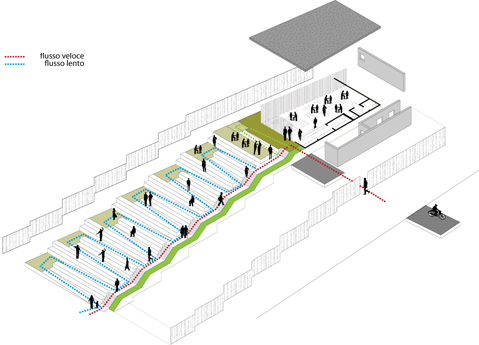 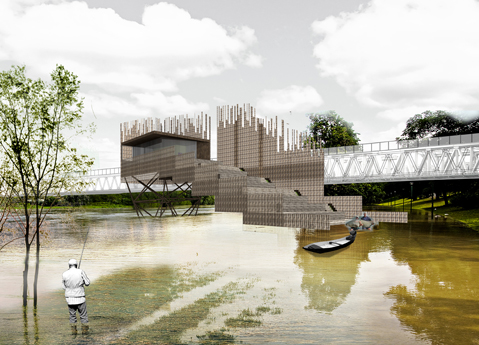