IT EN
CLODS GROUND
Master plan near the historic city wall
San Gimignano boasts of a great celebrity for its medieval towers that still stand out on its view. For this reason she was given the nickname ''Manhattan of the Middle Ages''.
Between the 72 towers and tower-houses, existing in the heyday of the City, it remained 25 in 1850 and today there are only 16. The oldest is the Rognosa tower, which is 51 meters high, while the highest is the tower of the Podesta, also called Torre Grossa of 54 mt.
The project proposal for the redevelopment of urban and peri-urban landscape of the end of the country insisted on restoring life to those 56 towers now missing.
The entire project area has been divided into 56 plates of different heights, each one represents a tower missing. Each plate is separated from the perimeter adjacent sod going to generate a series of irregular paths within the area following the model of the medieval village.
The global aspect of the intervention looks like a huge area of land plowed in an irregular manner to form numerous clods.
A longitudinal groove is to identify the main path that starts from Piazzale Martiri Montemaggio until Viale Garibaldi. This pedestrian and cycle path turns out to be irregular variable section going to create squares of the clods. It's a path parallel to the old Via Francigena, which cuts the new urban plan linking all areas of the project. It's fully accessible for the disabled.
Perpendicular to the main path are positioned secondary routes that communicate with the historic streets of the medieval village on one side and the other lead to viewpoints overlooking the garden agriculture. All routes are made with natural stone as Tuscan travertine with different gradation of tone andandone so to identify the hierarchy.
All squares with languages of green in alternate languages stone which in turn become sessions.
Montemaggio Martiri Square, in its west side, has been completely pedestrianized picking her connect with the new square design that welcomes new public buildings.
In the residential area a number of squares in the cube at different heights then integrate it with the volumes of housing and with their own private gardens.
Along the Via dei Fossi was guaranteed a pedestrian and cycle path which is connected in multiple points to the new area.
The contract called for the design of the peri-located to the west of the historical walls divided into seven functional areas. The design approach to the area was to be able to unify with a single language and materials throughout the area, while maintaining distinct functions required for each scope.
The new area appears morphologically with bumpy roads as the morphology of the medieval town. The buildings are positioned in direct contact with the paths amalgamating with the same forming a unique urban fabric.
The project is concerned with a sustainable approach in both an urban and social. It can be noted the significant area that has been granted to green audience with the inclusion of urban gardens and restoration of olive trees. All car parks are below the green roofs, this to allow a panoramic view of the whole of the great suburban garden.
The car parks operate at levels associated with each ramp.
A series of ramps and staircases create the new port that connects via dei Fossi in the agricultural field and on subsequent path connects you to the old path adjacent to the cemetery which subsequently brings us back to the portion of Via dei Fossi through the new green area with olive trees .
All paths within the project does not allow access from the surface to the car, giving an urban quality of life in the city -tourist high. Exclusively by means of a new circulation located to the west of the area is allowed vehicle access to the tourists to reach the parking lots .
This has allowed us to greatly increase what is called social sustainability or obtain and maintain a healthy mix of socio -economic groups within the neighborhood that reinforces a sense of community that will be handed down through the generations . When a sense of community is &quot;cultivated&quot; for several generations , the neighborhood becomes self- renewing and this is the true meaning is social sustainability. A variety of external spaces, determines quality for a great variety of users , forcing mix not only social but also the mix of generations.
view 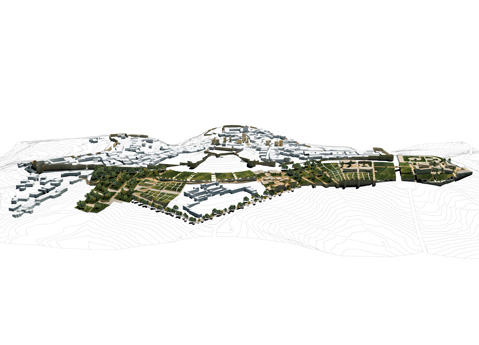 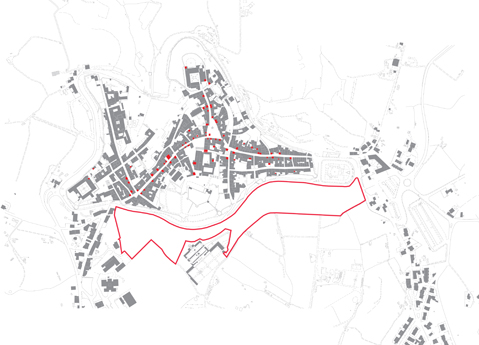 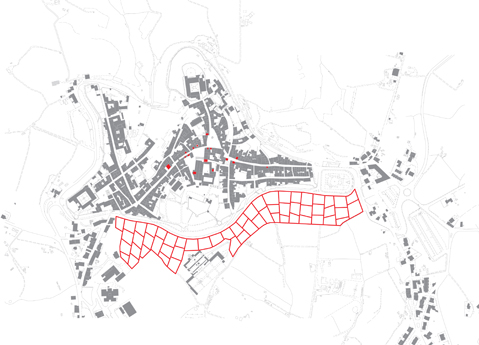 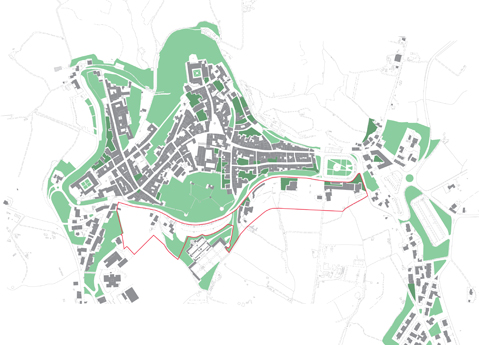 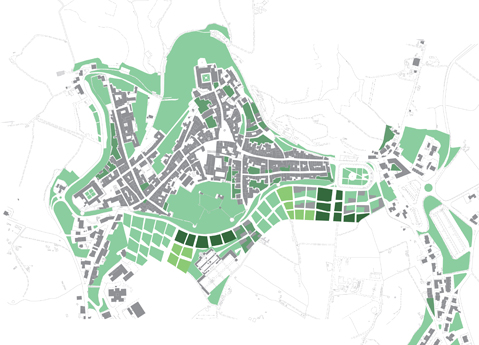 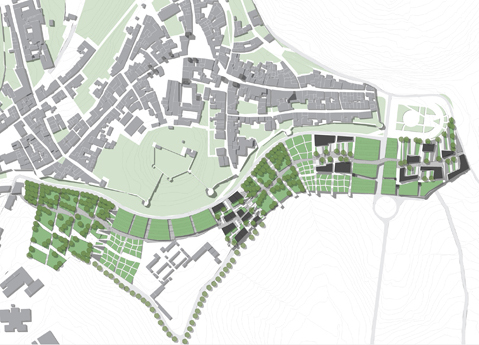 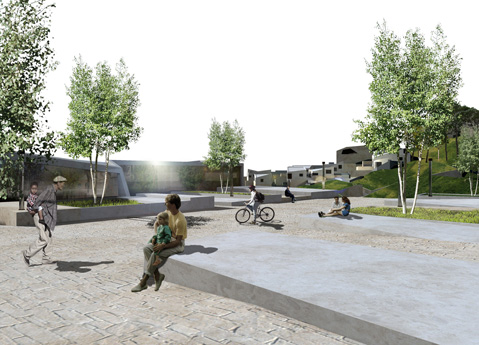 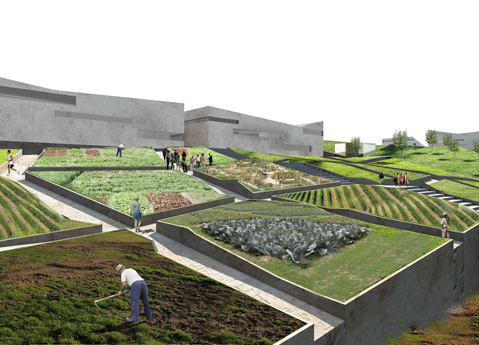