IT EN
THE SAIL
Housing in duplex in Occhiobello
The project is located in a village near to Ferrara city in a new urban plan.
The urban plan asks for buildings of 13 mt high maximum and each building must have between two and four apartments in it.
The project has been designed with the duplex tipology to give to each apartment the possibility to have the night space on the second floor. The smallest apartments [A] are in the ground floor with a private garden and with the badrooms on the first floor.
The apartments B have the entrance on the first floor which face directly in the living room and is connected by the kitchen with three steps. Part of the living room is in double height which looks to the working space above. In the living room two long windows give light in the space from north. Upstair you get directly to the work space which connects the bedrooms. The building is covered by a light roof in alluminium which wants to give a sail effect to protect the house from the wind and from the sun.
To make clear from outside the idea of the duplex concept, has been used two different materials: natural stone and white stucco.
Big frames in cor-ten surround the windows outside and inside.
urban placement 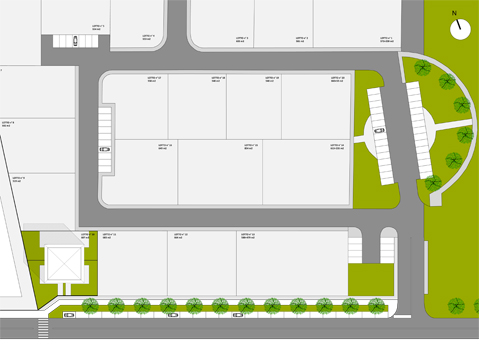 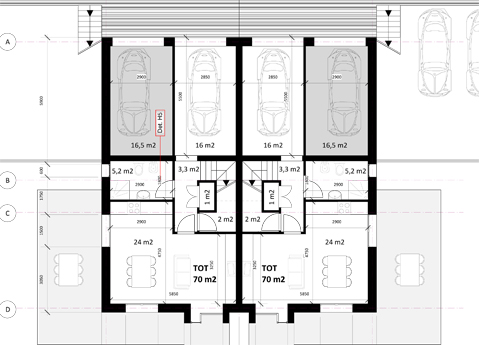 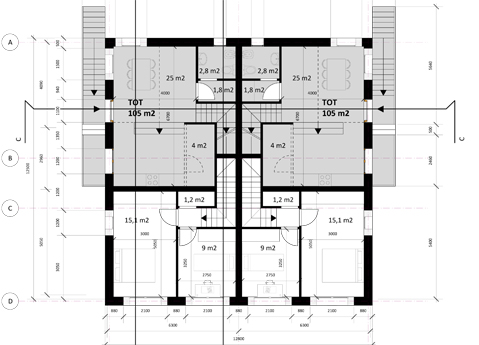 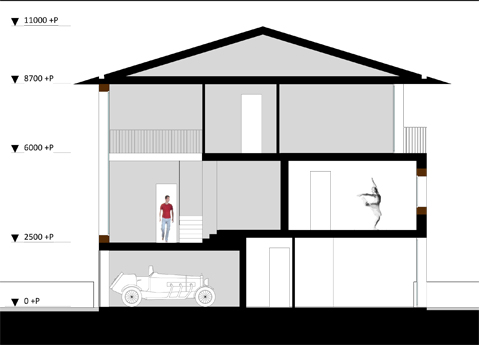 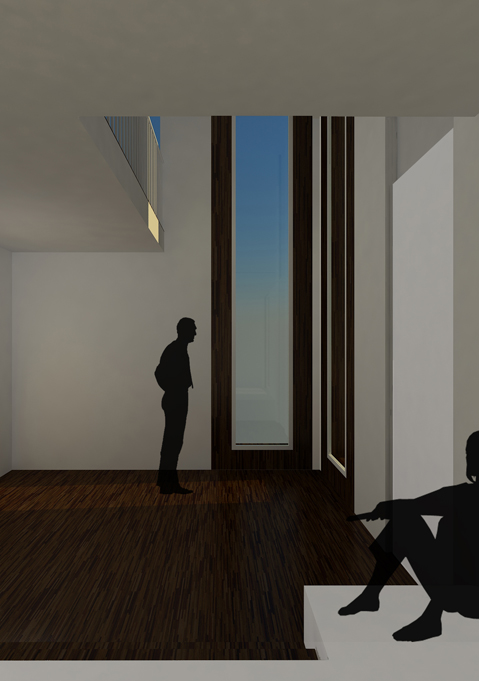 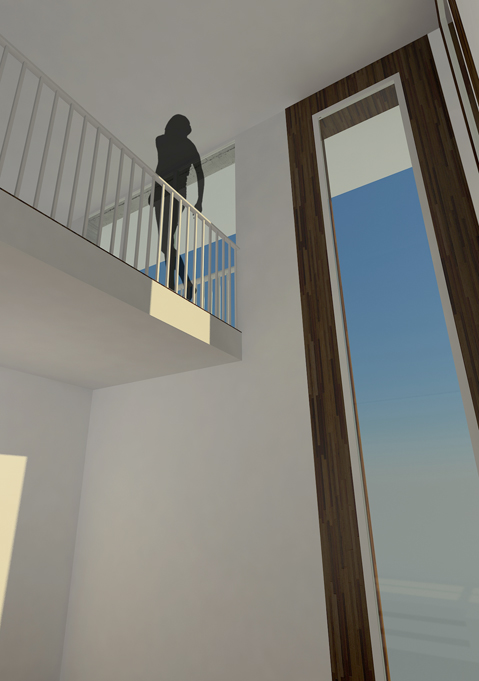 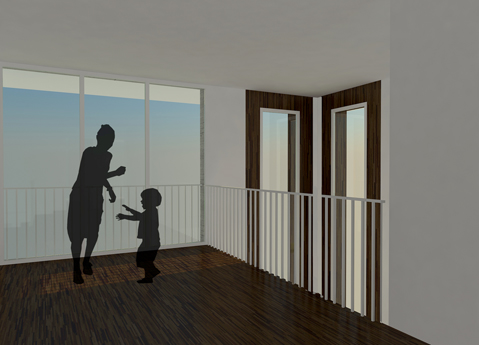 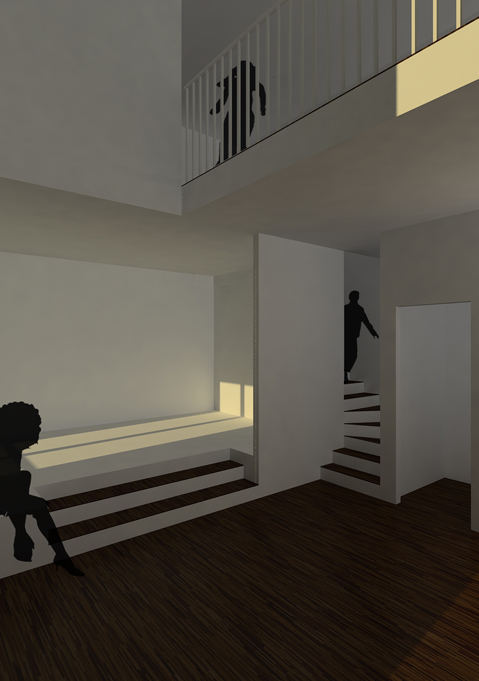