IT EN
CORE;Apartment renovation
The new apartment design is located in a fifteenth-century building, more precisely palace Bevilacqua Mazzocchi-built by the famous architect, urban-planner from renaissance called Biagio Rossetti.
The design is about only a part of the apartment, more precisely the union of two spaces, previously used as corridors.
The need of the client was to get a space in his home that he could dedicate to the storage of several books and reading them as a library.
Has been proceeded in making a single space that could be both a reading area but at the same time an area of filter-connection of all the other rooms of the apartment, therefore, become the'' heart'' of the dwelling.
To achieve this, we proceeded with the demolition of the central wall which divided the two old corridors. After that has been completely demolished the old ceiling in order to bring out the wooden chains of the existing decorated and authentic Palladiane.
The new ceiling has been realized in plasterboard, creating inside two new light cones acts to bring a direct light in the new reading space.
All the wooden chains brought out through a careful renovation metod with even small restoration painting.
To emphasize these decorations were added during the evening a series of incandescent spotlights, creating a museum effect.
existing situation 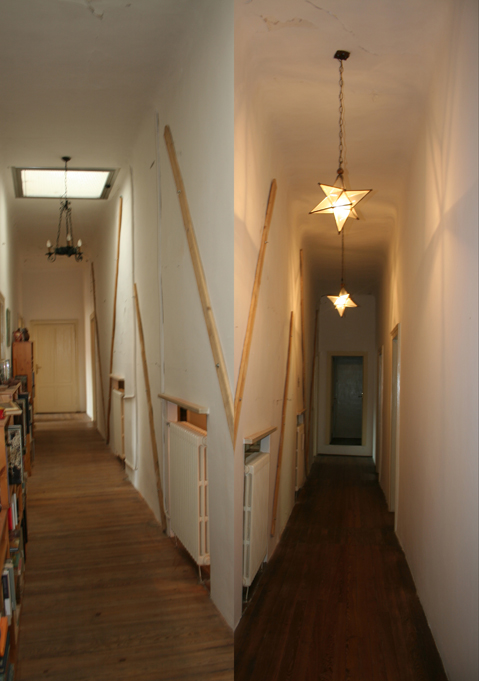 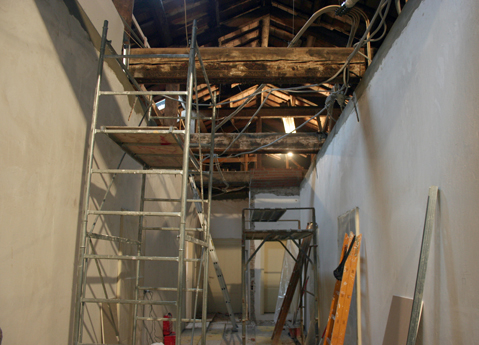 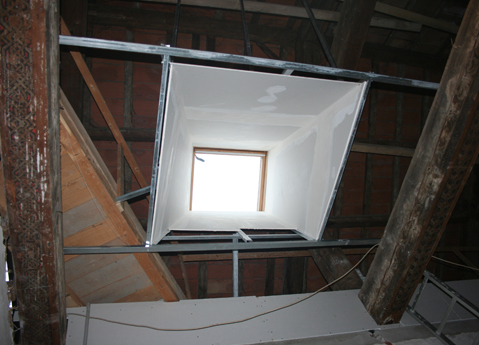 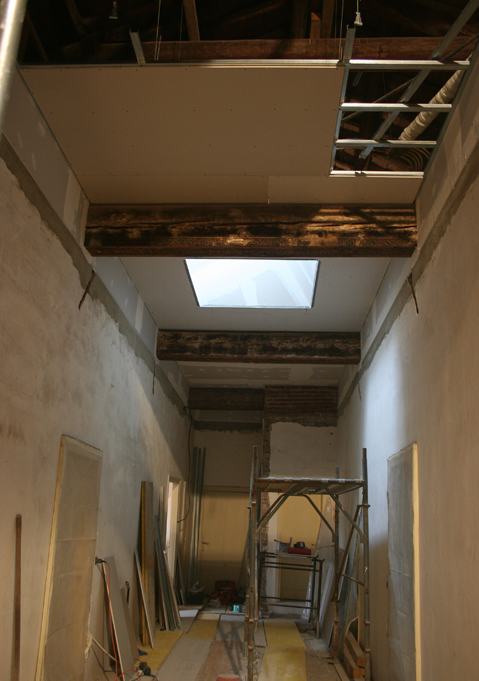 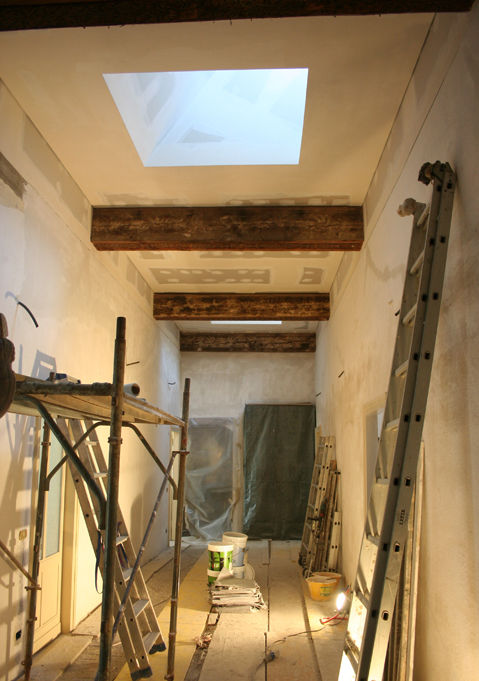 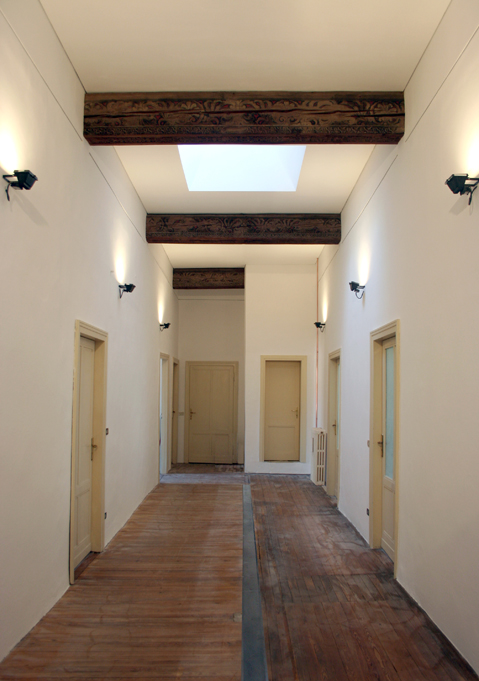 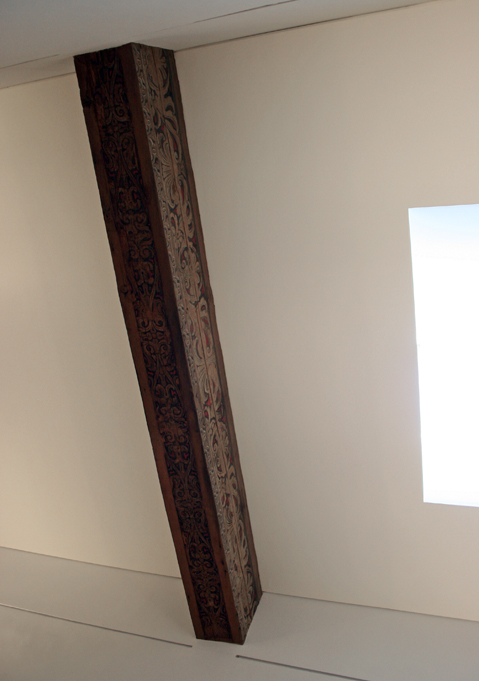 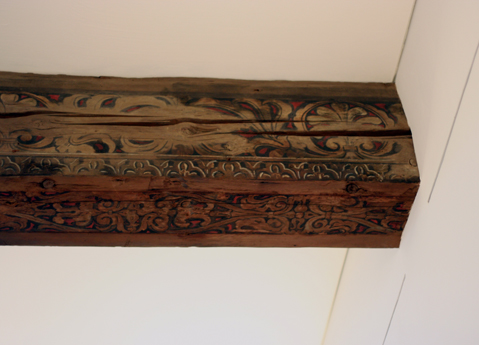 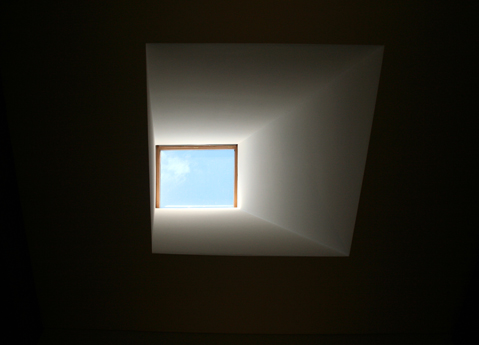