IT EN
THE PATIO OF IDEAS
New head office of Titan
The project is located in Finale Emilia (Mo) to Titan Italia factory. The request was to design new spaces for offices in a newly built building unfinished which borders to the production area.
The project has been develpoed in a prefabricated structure that had already a façade arrangement. This has resulted in the adaptation of the interior space in function of the existing windows.
The new project is divided over three floors for a total area of 1200 sqm net and overlooks externally on two sides of the building, respectively, to the east and south. This exposure was limiting initially the design because was impossible to bring light in the west and north areas. The problem later became the theme of the project. A large interior patio has been built to allow to bring light even to those surfaces which were initially without windows. Structurally, in order to realize this opening, has been removed a series of structural beams of the floors.
Functionally the ground floor is divided into three bands, two perimeter used as offices and a central service block (reception - waiting area - meeting room - dressing room). The ground floor is connected with the production area and the laboratory testing. To access the next two floors there is a main staircase and an elevator. The first and second floor have centrally a patio which face to the offices space. An horseshoe distribution beside the patio connects all the different rooms. A raised area with two steps allows access into the garden and the meeting room, which has windows overlooking the patio and distribution.
The new design shows as much as possible the prefabricated existing structure to justify the intervention. This has been showed by painting all the structure with a black color. Chromatically the entire project uses mainly whites and blacks. In the border walls between production and testing area is used a sound-absorbing material in wood and concrete. Part of the furniture like reception, dressing area, wardrobes and fan-coil cover, are designed primarily using custom MDF. Gelsomini and Cercis Siliquastrum decorate the patio with large vessels.
the building 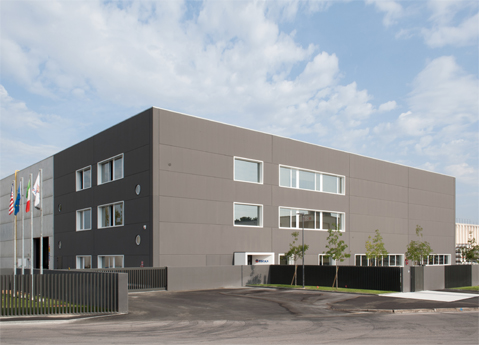 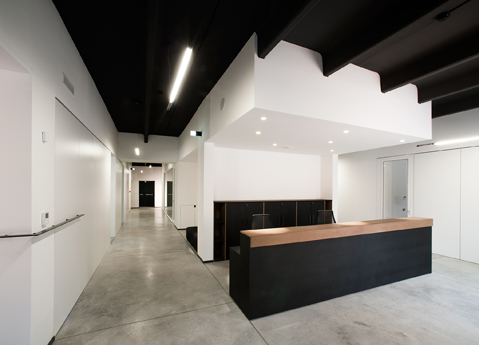 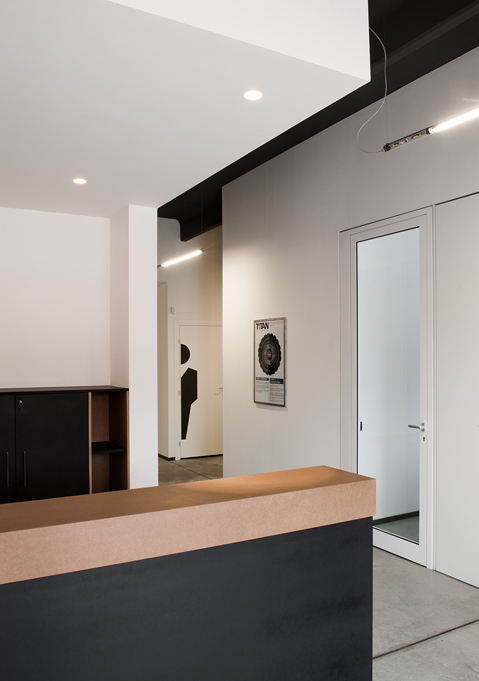 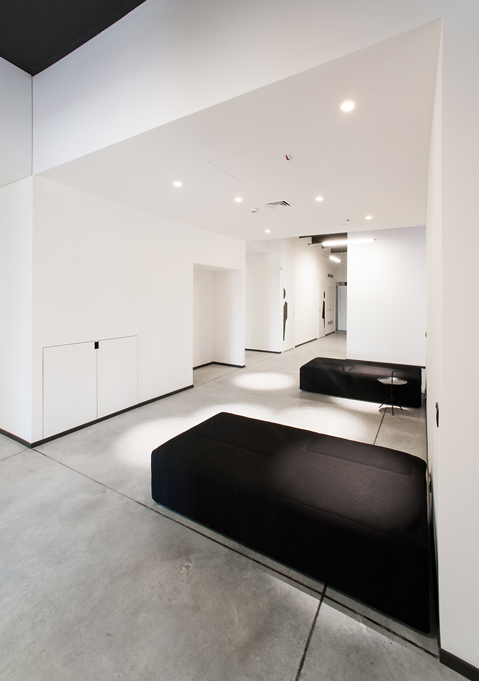 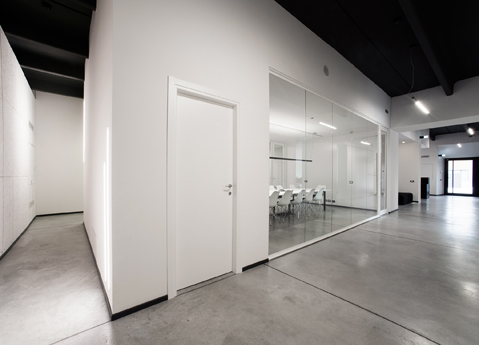 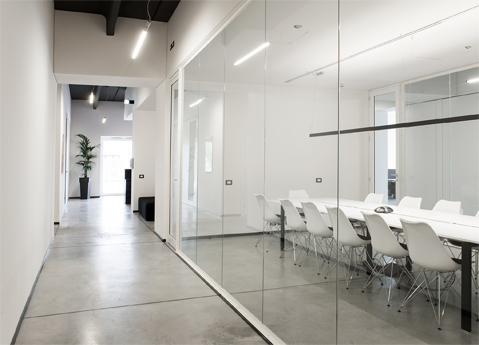 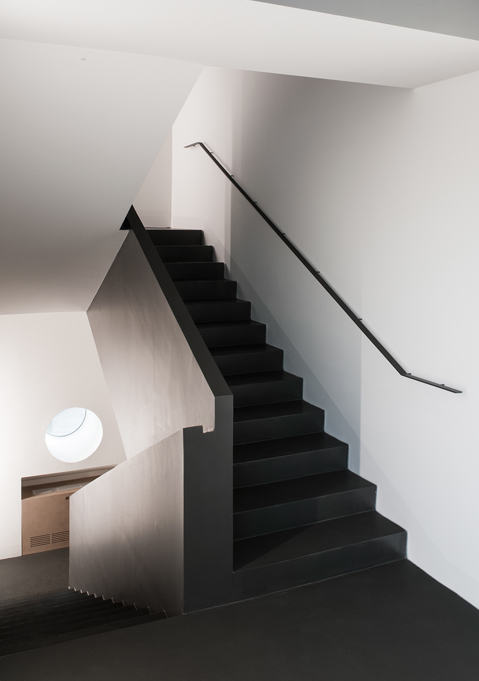 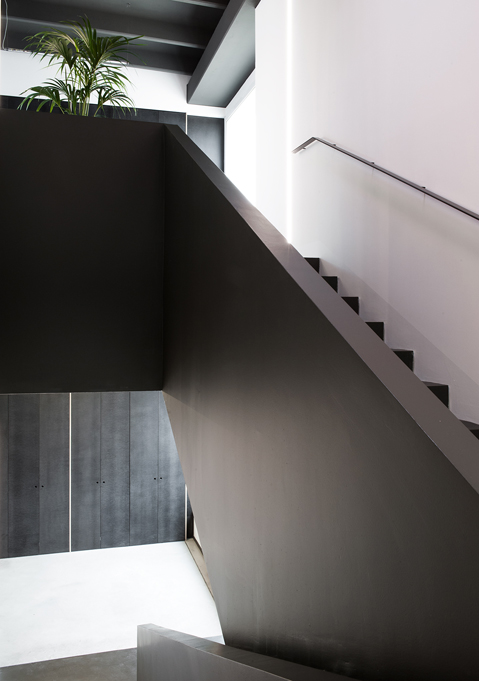 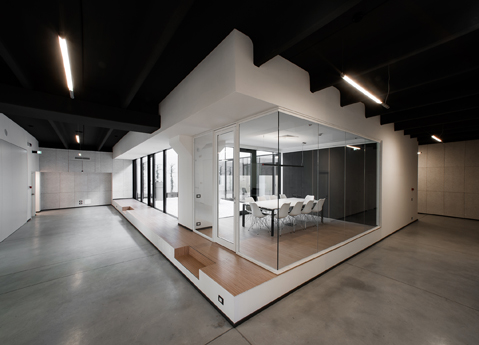 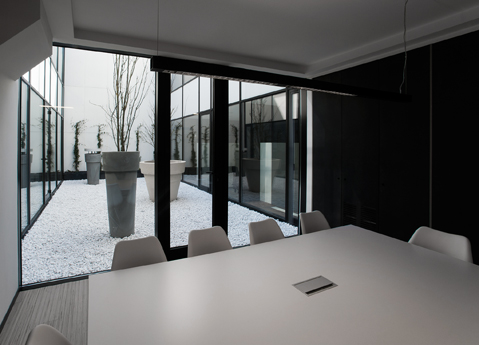 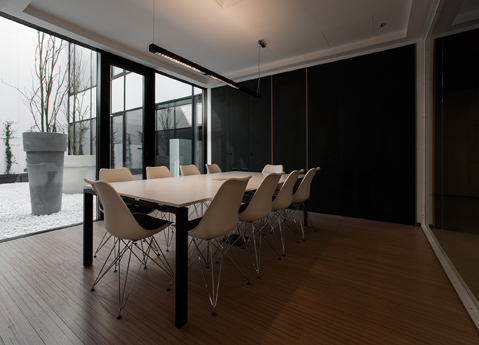 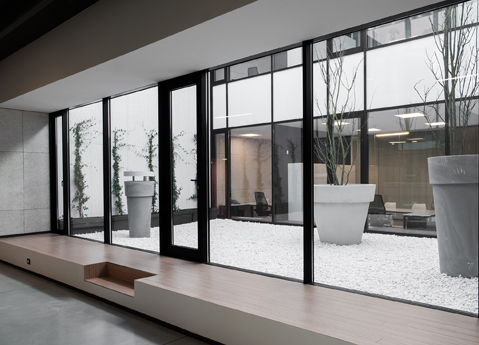 connection beside the patio 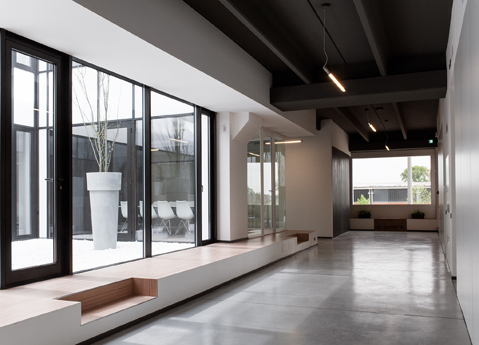 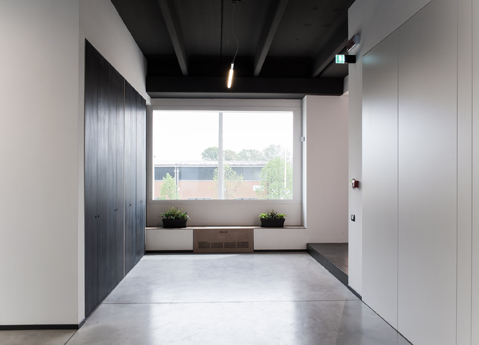 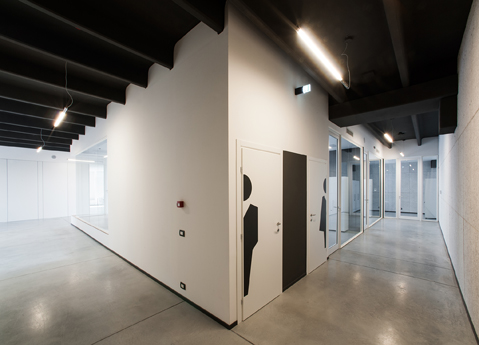 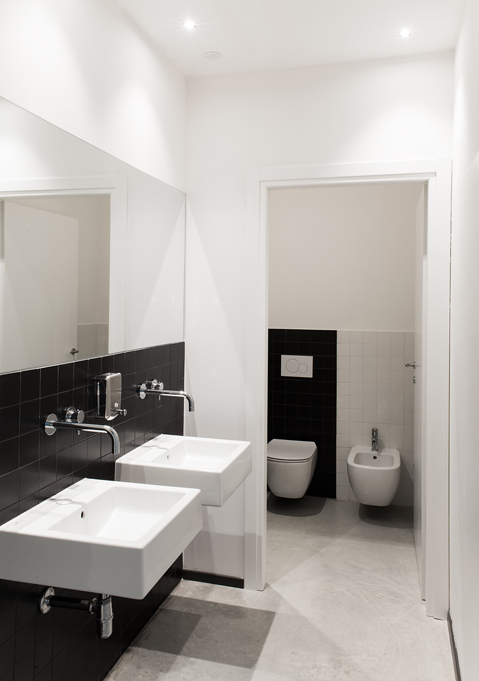 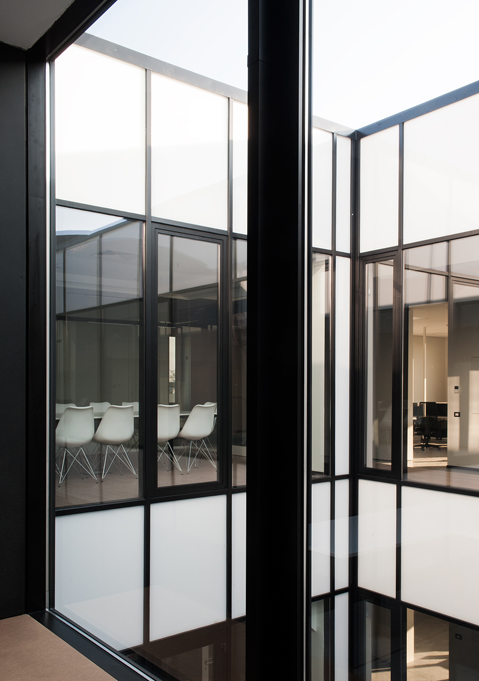 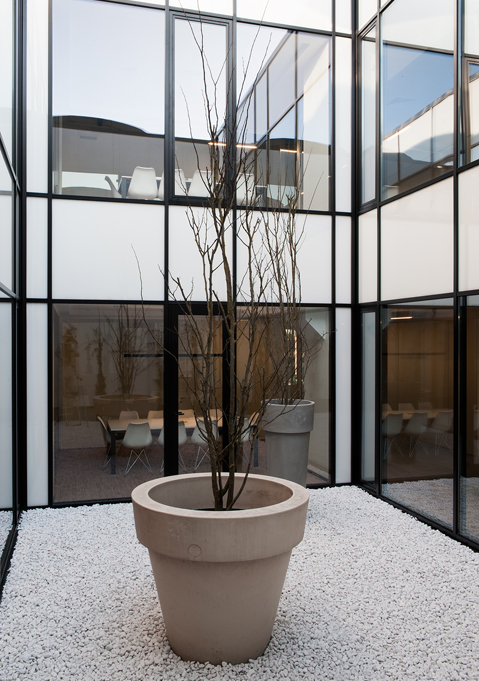 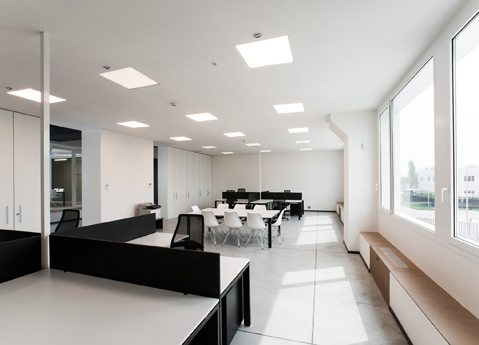 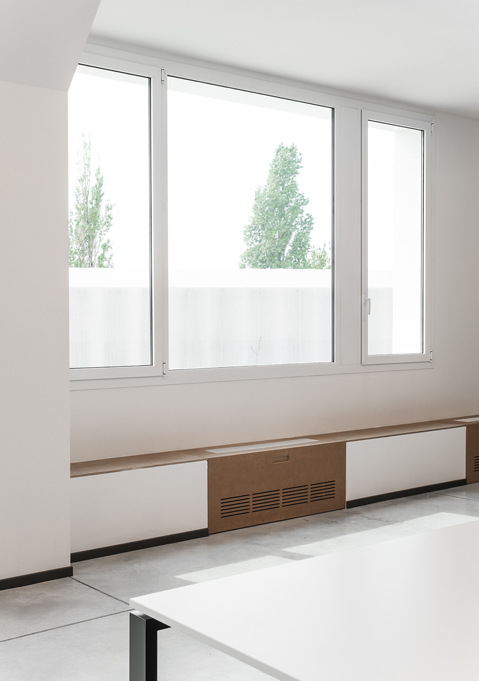